You are here:
Home 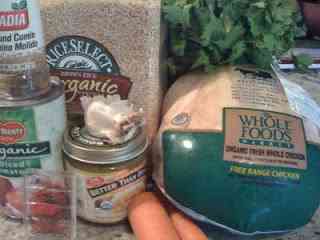 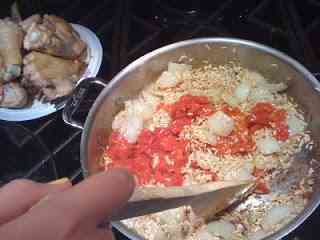 I had no doubts, but we made it! And no one fainted from a lack of food at lunch! I really don't think anyone really missed it either. Except perhaps, Faith, who watched the clock all afternoon, reminding me how many hours until dinner :) Our One meal for One Child was a piece of cake. Not cake, since we were not eating. Perhaps that was not the best metaphor. Anyway, it was easy.

I promised the kids a big breakfast, and an early delicious dinner. And I don't think they were disappointed. For breakfast we had scrambled eggs with green onions, shallots, and cheese with gluten-free chocolate chip pancakes. I was a bit worried about the pancakes, wondering if everyone would like them, since they were gluten-free, but they were amazing, and the kids didn't even use syrup. They were that good. I wish I had taken photos, but you will just have to take my word for it. They were amazing. I adapted a recipe that I found in a great cookbook, so the recipe that follows at the end of this post is an original!

For dinner, with the help of my great kids, we made Arroz Con Pollo (chicken with yellow rice). It was absolutely amazing. I think it was the best I ever had. I know it was the best I ever made. I used brown rice, so it was healthier that using white rice. I also used carrots, so it had hopefully had a little more vitamins, too. Here's how we did it:

We used a whole organic chicken, 2 Tbsp olive oil,  1 1/2 cups brown rice, a can of organic diced tomatoes, 2 carrots, one onion, 6 cloves of garlic, 1 tsp cumin, 1/2 tsp smoked paprika, 3-4 saffron threads, 3 Cups hot water and 1 Tbsp  organic chicken flavor Better than Boullion and some chopped cilantro.
First, I cut up the chicken. I my oldest son was grossed out when I was cutting it up, and so I didn't figure you all would want to see that! Then I browned the outside of the chicken it the olive oil in my wonderful
All-Clad high sided saute pan I got at HomeGoods for way cheap. Then I removed the chicken from the pan, and added the onion, rough chopped garlic, and rice. We sauteed them for a few minutes, then added the tomatoes, after draining off a little of the juice.
Next we added the water, saffron, cumin, paprika and Broth.
Continue reading
Tags:
breakfast chocolate chip pancakes dinner One Child Recipes
3731 Hits
0 Comments

Hello! I am so glad you’ve stopped by. If you happened to stop by my house on any given day, I would insist you have a homemade goodie, let me fix you a cup of tea and join me in the garde...

I reckon if you clicked through to this page, you would like to know a little about me. After all, why would you trust me with your heart? And why should you listen to anything I have to say? So Le...

As one who has been there, my goal is To strive to bring hope and practical help in the name of Christ Jesus to moms,families and friends of those w...